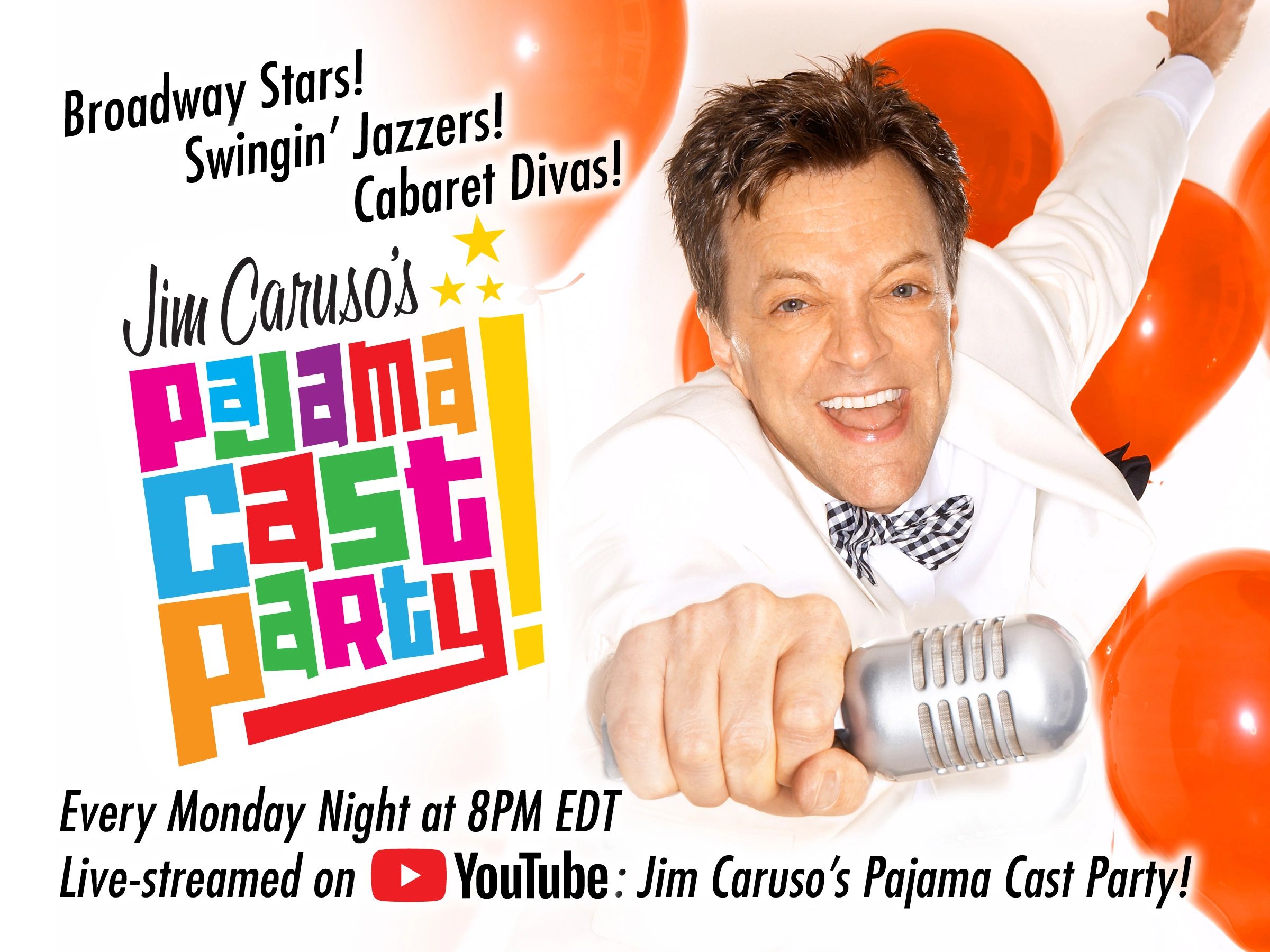 "A who's-hootenanny of talent!"  LA TIMES

The mother of all open mic night/variety shows has taken to to the web, and it’s required watching for lovers of Broadway, jazz and cabaret every Monday at 8pm.

The Monday night show also spotlights a different student each week who has lost the opportunity to perform in their spring musical or senior recital.

For seventeen years, host Jim Caruso has played equal parts showman, maestro, wizard, concierge and positive force for musical good with his “Cast Party” every Monday at Birdland in New York City. With the club shuttered due to the pandemic, Caruso has wasted no time in storming YouTube, thanks to the technical know-how of producer Ruby Locknar.

WHERE TO FIND US

The episodes can also be seen on BroadwayWorld.com and the Birdland Jazz Club Facebook page.

what they're saying about Pajama Cast Party...

“A vital pulse point of the musical-theater bloodstream. Every week, a star or a standard might be born.”

“The King of Showbiz hosts the mother of all open mic nights…Jim Caruso has some of the slickest and quickest commentary I’ve ever heard.”

"Jim made me realize that honoring the history of this music will never get old, that what I do is more important than I realized, and that there’s endless room for humor, wit and joy alongside serious artistry.”

If you have questions about Pajama Cast Party or would like to inquire about performing with us, send us a message!  We look forward to hearing from you!